Hello Musicologists! We’ve added to our standard rotation, bringing some more variety and adding music to some artists we already air.

Here’s a list of artists we’ve added or augmented with additional music:

This represents an increase of about 1,100 new songs. Enjoy!

I know. Happy April Fool’s Day! Thought we forgot, didn’t you? Well, we are on wide open stream today because we can. Tomorrow we’ll be kicking off the weekend with some new material. We’ve been working on some new playlists, and those are coming up!

Tune us in at:

Hello Music Lovers, I just want you to know we are up and running on wide open stream with no shut down as I try to get past COVID-19. Perhaps in a couple of days we’ll return to some programming. I will keep you posted.

Good Morning, Music Lovers! We have a pretty eclectic line-up today here in The Mermaid Lounge.

We haven’t heard this one in a while, so it’s a good day to break this puppy out. Today we feature a band founded by students Syd Barrett, Roger Waters, Nick Mason, and Richard Wright in 1967. Under Barrett’s leadership, they released their debut album The Piper at the Gates of Dawn, with two charting singles.

Not sure why anyone would approve of murder, but hey, that’s for The Shadow to figure out.

We really love Steve Winwood here in The Mermaid Lounge. This is our way of paying tribute to a guy who has made so much good music in so many bands, starting with The Spencer Davis Group when he was just fifteeen years old.

Tune us in. We’re free 24/7 without interruption. No fees. No subscriptions. And no personal information required.

Good Day, Music Lovers! Here we are on another (mostly) Open Stream Wednesday until, of course, Dan Fogelberg and The Shadow drop by later.

6:00 p.m. In The Spotlight: The Music of Dan Fogelberg UPDATED!

Dan Fogelberg is a soft rock superstar, from our perspective. He’s written so many good songs over his career, and has made so many albums, but has never gotten the commercial airplay he deserves. We are in the process of uploading his entire catalogue.

The second airing of this week’s episode of The Shadow. It’s all about murder, folks.

Good Morning, Musicologists. It is definitely Tuesday Bluesday in The Mermaid Lounge with our house blues playlist, and with Linda Ronstadt dropping by later.

Our second airing of what I consider to be one of Ronstadt’s most eclectic works, interpreting the songs of Bob Dylan (for the first time since early in her career), John Hiatt, Naomi Neville and others. The standout song? Undoubtedly, Ruler of My Heart. Brilliant.

Tune us in, people. We’re about to expand our general rotation again and you have no idea what you are missing! No other radio station rotates a 27,000-song playlist on its best day.

Good Morning, Music Lovers around the globe! How are we on this fine Monday morning, as I wind down my vacation. We are bringing you new stuff as we crawl toward 2021, and it starts with the ladies today.

We’re kicking off the day with a brand new All-Girl Revue. This makes number five. The ladies in the photo above will join others in this playlist, like Phoebe Snow, Wendy Waldman, Ann Peebles, Tracy Chapman, Susan Tedeschi, Lulu, Petula Clark, Carly Simon, Jackie DeShannon, Carole King, Judy Collins, and others! It’s just over two hours of uninterrupted bliss.

By the way, the set list will be up under the Playlist tab. Just go and scroll until you find it.

They made their television singing debut at the age of sixteen. Paul Simon went on to become one of the greatest songwriters of all time, and together they have sold 105 million records over their career. Today, they’re in the spotlight.

You’re going to love this one: “A demented old hag living with her hunchback son kidnaps four boys and holds them captive in their mansion.” This comes direct from their wikifan page. And guess what? The plot only thickens from there. I’m not revealing one more thing.

Listen, the programming is light. I am not, however, shirking my duties. Your post-Shadow evening will be littered with Three-in-a-Rows throughout. This costs you nothing. Remember, sharing is caring. Or so they say.

Well, Good Morning, Musicologists! It’s our usual busy Saturday here in The Mermaid Lounge as we kick off some new playlists to carry us into the New Year!

We’ve got all the Roy you want here, from his outstanding solo career right up on through his time as a member of The Traveling Wilburys with friends George Harrison, Tom Petty, Jeff Lynne and Bob Dylan, the best damned super group on the planet. Ever. Enjoy this one.

The set list is up under our Playlist tab. Simply scroll to the bottom!

3:00 p.m. Album of The Week: Moondog Matinee by The Band FINAL AIRING!

We’re closing out Moondog Matinee today. Tomorrow when you wake up, there’ll be a brand new Album of the Week ready to go!

Since today marks the day the rockumentary hit the theaters back in 1968, we thought we’d commemorate the precursor to Woodstock by playing some tunes from the festival.

The set list is also up under the Playlist tab. Again, just scroll down.

Another new ‘Live Dead’ offering for this week. We’ve played no duplicates here since this little extravaganza began, and we will go as long as we can with new material! This one comes from the now-demolished Irvine Meadows Amphitheatre.

Tune us in, people. No commercials. No credit card required. No memberships. No personal information. What’s the matter? That make you nervous?

Good Morning, Music Lovers of the Universe! I hope that your Monday can be made brighter by our programmng selections (call me dramatic).

Canadian singer-songwriter Joni Mitchell’s career has spanned four decades. Mitchell’s talents embrace various musical styles, including folk, pop, rock and jazz. I had the opportunity to see her at Boston’s Music Hall with Tom Scott & The L.A. Express on her tour supporting the release of her album, Court & Spark. She was amazing.

An insane professor is dropped from the faculty after causing the suicide of one of his students. You can imagine that he might have revenge in mind.

Bob Dylan on his Rolling Thunder Review tour, along with his loosely-assembled back-up band called Guam, which included Ronee Blakeley, Ramblin’ Jack Elliott, T Bone Burnett, Mick Ronson and Scarlet Rivera, among others. The tour was unorthodox and almost spontaneous, and it took place just prior to the release of his fantastic Desire LP.

There is absolutely no reason why you shouldn’t be listening to us. We’re free. We do not run advertising. And we don’t make a dime from what we’re doing. There is no need to provide a credit card, buy a subscription, or give us your personal information. So, what are you waiting for?

Good Morning, Music Minions! We are here getting a proverbial “jump” on the week with our Monday edition of all the news that’s fit to print!

December 21, 1963: Joan Baez was gaining steam as she entered the Top 10 on the Album chart with Joan Baez In Concert.

Also on this day, The Beatles did their first Christmas show at the Gaumont Theatre in Bradford, England.

December 21, 1966: The Beach Boys receive three gold records: for the single Good Vibrations, and for the albums Little Deuce Coupe and Shut Down, Volume 2.

December 21, 1967: The Beatles throw a costume party at the Royal Lancaster Hotel in London to celebrate the showing of their film, Magical Mystery Tour, on the BBC.

December 21, 1968: The newly-formed trio of Crosby, Stills & Nash performed together for the first time.

Also on this day, Glen Campbell topped the Billboard 200 with the album, Wichita Lineman. It would remain on the charts for 46 weeks, but will also be Campbell’s only number one.

If that isn’t enough, Janis Joplin made her debut as a solo concert artist at an event for the Stax/Volt record label. The Stax house band, Booker T & The MG’s, also performed at the event.

December 21, 1969: Diana Ross & The Supremes make their final appearance on The Ed Sullivan Show. They sang Someday We’ll Be Together, their twelfth and final number one single.

December 21, 1972: Martha & The Vandellas play their last show at Cobo Hall in Detroit. Their career spanned nine years, charting over two dozen times. Ten of their singles reached the Top Ten of the Billboard R & B chart, and twelve made it to the Top 40 of the Hot 100, including Dancing In The Street, Nowhere to Run, and Jimmy Mack.

December 21, 1974: Harry Chapin enjoys his only number one single with Cats In The Cradle, one of the best damned songs every recorded.

December 21, 1990: A concert in memory of John Lennon was held at the Tokyo Dome. Taking part were Sean Lennon, Hall & Oates, Natalie Cole and Linda Ronstadt.

December 21, 1991: Queen’s Bohemian Rhapsody returned to #1 after the death of Freddie Mercury, and remained there for five weeks.

December 21, 1992: Legendary bluesman Albert King dies of a heart attack in Memphis, Tennessee at the age of 69.

December 21, 1940: Frank Zappa, rocker, composer and performer with the Mothers of Invention (and solo), was born in Baltimore, Maryland.

December 21, 1946: Carl Wilson was born in Hawthorne, California. He forms The Beach Boys with older brothers Dennis and Brian, then becomes the band’s lead guitarist.

And that’s it from The College of Rock n’ Roll Knowledge today! 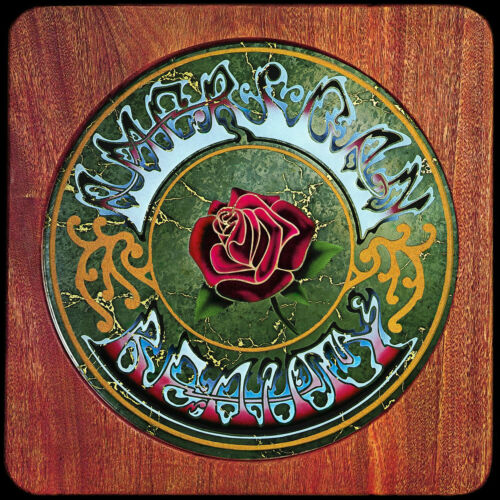