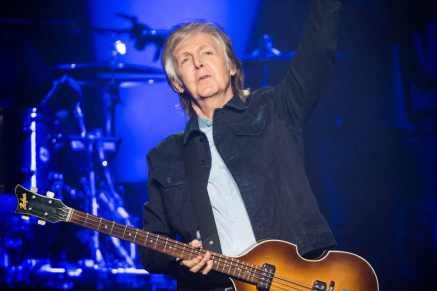 This playlist could have gone on, literally, for hours. But I did show some restraint, so give me some credit here! People bitch and moan that McCartney is the most ‘commercial’ of the Beatles. That may be so. But it’s that commercial side of the coin that allows performers to make the music they love. And I certainly have loved being around for Mr. McCartney’s career.

Ronstadt dominated the 70s, building a following that was unheard of  for a woman in the male-dominated rock world. Although she didn’t always enjoy playing massive venues, she sold them out routinely. I remember traveling to Los Angeles to see Linda Ronstadt at the Los Angeles Forum on Christmas eve during the Living in the USA tour. One of the best decisions I ever made.

9:00 p.m.    Album of the Week: Surrealistic Pillow by Jefferson Airplane

The Airplane come back in for a landing this evening with Surrealistic Pillow on board.

By the way, the set lists for McCartney and Ronstadt are both up under the Playlist tab. Scroll toward the bottom.

And by all means, join us and tune us in. It’s free. Always. No information required, and no credit card. Ever.